For 88 minutes Mono blew the minds of the 3-400 people having found their way to Loppen at Christiania a rainy day in November. As their other shows on the For My Parents tour, the set consisted almost entirely of material from their past 2 albums. The show was extremely well choreographed and all band members seemed to be at least as engulfed by the solid entity of sound as most of the audience was.

Recording
Listen to Ashes in the Snow recorded with SP-CMC-8 / PCM-M10 below: 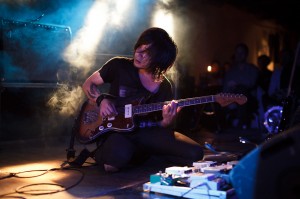 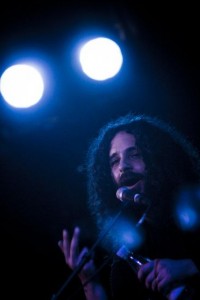 Who would have thought it – the Canadian 7piece pulled off an even more intense show than they did last time they visited Aarhus 4 years earlier.

Efrim started out with his usual introduction announcing The Silver Mt. Zion Memorial Orchestra & Tra-La-La Band from Montreal playing their 138th show ever. Throughout the show, Efrim and Ian were particularly talkative with each other and the audience. Topics included boredom, experiences from their trip to the venue and cake!

All 4 songs from 13Blues were performed as well as one new song (Metal Bird). Encore was 2004-track Microphones In The Trees.